Home Business Origin House (CNSX:OH) Stock Is Up 108% Since Its Listing on CSE 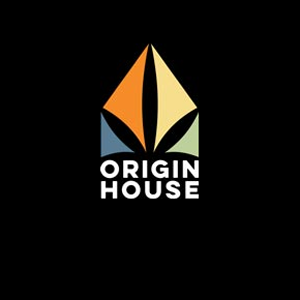 Origin House’s (recently renamed from CannaRoyalty Corporation) investors have had to with longer since its last quarterly report in November to know how the company performed in Q4 2018. Earlier this mornith, Origin House (OTCMKTS: ORHOF) announced its Q4 2018 financial results which shows the company has had tremendous revenue growth.

The company began by offering cannabis operators with funding through royalty streaming deals. However the company has diversified and they now focus on the California cannabis brands as well as distribution operations although they still make considerable revenue from the royalty streaming business. Although the company didn’t give a breakdown of the Q4 revenue according to segments close to 92% of the revenue coming from cannabis operations in California. The rest of the revenue resulted from interests, royalties and services.

Origin House’s Q4 2018 revenue grew 19% sequentially from Q3’s total revenue of $4.93 million. The growth in revenue was a result of Origin House’s California cannabis distribution business as well as the addition of new product line of cannabis brands.

In Q4 2018 the company completed acquisition of 180 Smoke a Canadian based vape retailer. Similarly there are other notable developments that the company achieved in the quarter such as deals with Viola Brans, Henry’s Original and Kurvana. The company also entered strategic financing agreements with Utopia cannabis and Humboldt’s Finest Farms.

Perhaps the biggest development was plans by Cresco Labs (OTCMKTS: CRLBF) to acquire Origin House in one of the largest cannabis company all-stock transaction.

In a statement, Origin House president Afzal Hassan indicated that they were delighted about how the company performed last year. Most of the year was spent in developing and creating premium brands and a distribution platform in California.

Origin House CEO, Marc Lustig said that the Cresco labs acquisition was a result of the company’s aggressive creation of premium brands and a distribution platform in California. The combined entity will dominate the US with over 50 brands and 725 dispensaries.