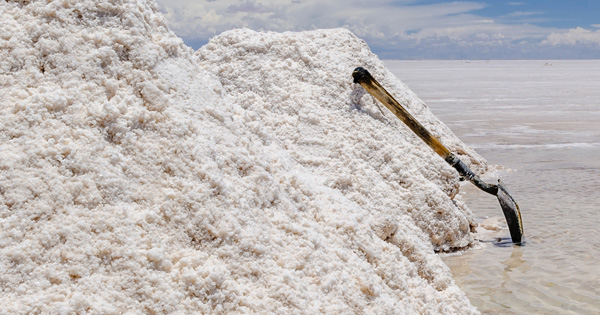 3 Best Lithium Stocks to Watch as The Sector Heats Up

As far as the chemical space is concerned, lithium has gone up in importance by leaps and bounds over the course of the past years. It has been used for industrial purposes for many years but over the years, the rise of electric vehicles and the rising demand for batteries has made it even more important.

One of the lithium related stocks to consider at this point in time is that of Albemarle Corporation (NYSE:ALB). It is also one of the biggest producers of the chemical element and in addition to that, the American company has spread its operations beyond the United States. It also has operations in Australia and Chile and in addition to that, boasts of one of the biggest processing plant networks in the industry.

The company is capable of producing lithium that is meant for batteries and it is that market that has been one of the biggest drivers of growth for Albemarle in recent times. One of the more important things to keep in mind with regards to the company is the fact that in addition to lithium, it also produces bromines and catalysts. Hence, in light of current circumstances, investors could consider tracking the stock.

Another lithium stock that could be tracked by investors is that of the Chinese firm Ganfeng Lithium. The company produces lithium from as many as four hard rock properties and more importantly, Ganfeng Lithium is regarded as the company that provides the biggest exposure to the lithium supply chain. It is listed in Shenzhen and Hong Kong at this point.

That being said, at the same time, investors ought to keep in mind that Ganfeng has also moved beyond lithium in recent times. It has expanded into clay and brine operations by partnering with companies located in Ireland, Argentina, and Mexico. More importantly, the company also produces batteries on its own and that gives it a unique advantage over other lithium producers who might have to depend on battery manufacturers for their business.

Last but not least is the Tianqi Lithium stock that could of interest for investors who are looking for a lithium play. The stock is listed in China and is currently one of the biggest lithium players in the Chinese market. It has expanded at a fair clip by investing or acquiring projects in Chile, China, and Australia in recent times. It has a 51% stake in the world’s largest lithium mine located in Australia and the other partner in the project is Abemarle. It is a company that is fast becoming one of the major players in the lithium market.