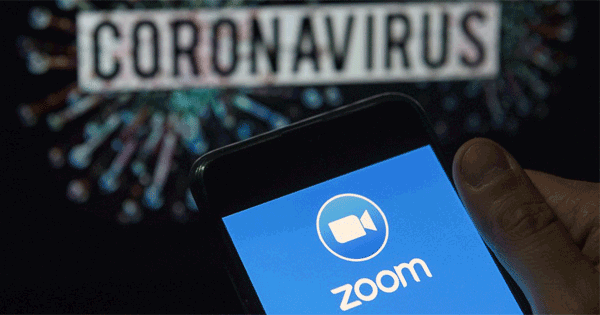 The coronavirus pandemic may have come as a major problem for most businesses but some companies have flourished due to the changing needs of consumers. One such company is Zoom Video Communications Inc (NASDAQ:ZM) which recorded exponential growth due to the huge demand from those working from home all over the world.

Late Monday, the company released its quarterly results and although Zoom performed impressively, the stock went down. It is particularly important to note that although the company boosted its projections, it could not help the stock. There is a possibility that investors believe that the Zoom stock is overvalued and on top of that, after significant gains made in recent times, traders might have decided to take some of their profits.

The company’s financial results for the third quarter covered the three month period that ended in October. Zoom recorded massive growth during the period to grow its revenue to $777 million, which reflects a year-on-year jump of as much as 367%. The figure surpassed analysts’ expectations comfortably and also helped the company in generating $198 million worth of net income.

It should be noted that in the prior-year period, Zoom had generated only $2 million in net income. Despite the company’s stupendous performance, many believe that much of the explosive growth has come due to the pandemic.

However, it should also be noted that Zoom has projected revenues in the range of $806 million and $811 million, which reflects year on year growth of 329% halfway. Despite the decline on Tuesday, the stock has still delivered gains of more than 500% in 2020 so far. The company generated massive growth this year but many investors might have sold their holdings in order to go and look for the next big thing among growth stocks.

At this point, Zoom commands a market cap of $119 billion against a projected 2021 revenues of only $2.6 billion. This makes the stock quite expensive and the price to sales ratio stands at as much as 45. Such a valuation might be one of the major reasons why investors could consider not going for the Zoom stock at this point.