Bitcoin Investment Trust (OTCMKTS:GBTC) is a private, open-ended trust that is invested exclusively in bitcoin and derives its value solely from the price of bitcoin. It enables investors to gain exposure to the price movement of bitcoin without the challenge of buying, storing, and safekeeping bitcoins. The BIT’s sponsor is Grayscale Investments, a wholly-owned subsidiary of Digital Currency Group.

So for those of us that would like to invest/trade bitcoins but don’t want to have to deal with bitcoin wallets or transferring funds around you can easily use your current trading platform to purchase GBTC and trade just like any other stock. 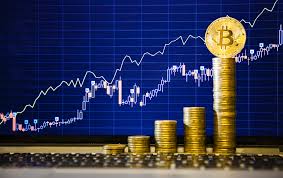 Bitcoin  has been on a massive run as of late with a value of more than $2,715 today per bitcoin and its not just the regular investors who are taking advantage of the opportunities presented with cryptocurrencies. Unless you have been hiding under a rock for the last few months you’ve heard someone or read something about Bitcoin and thats because its made a run from under $500 in 2015 to a current price of $2,715 6/20/17. Im not going to try to explain what a bitcoin actually is because it seems that no longer matters, its the fact that the public, businesses, and even governments are beginning to recognize bitcoin is not going away.

What is a Bitcoin :

Bitcoin is a new currency that was created in 2009 by an unknown person using the alias Satoshi Nakamoto. Transactions are made with no middle men – meaning, no banks! There are no transaction fees and no need to give your real name. More merchants are beginning to accept them: You can buy webhosting services, pizza or even manicures.

No one knows what will become of bitcoin. It is mostly unregulated, but that could change. Governments are concerned about taxation and their lack of control over the currency.